Renewable energy has long been seen as the energy of tomorrow – widely praised for its low carbon qualities but seen as too expensive compared to traditional forms of energy such as coal and gas.

But new research says that the cost of generating electricity from onshore wind is cheaper today than coal and gas in some parts of the world and solar is not far off. And on top of that, renewable energy is eating fossil fuel power’s business plan.

Bloomberg New Energy Finance’s Levelised Cost of Electricity Update for the second half of 2015 shows that “the cost of wind and solar is falling worldwide, whereas gas- and coal-fired generation is heading in the other direction,” says Janis Hoberg, EU analyst at BNEF. 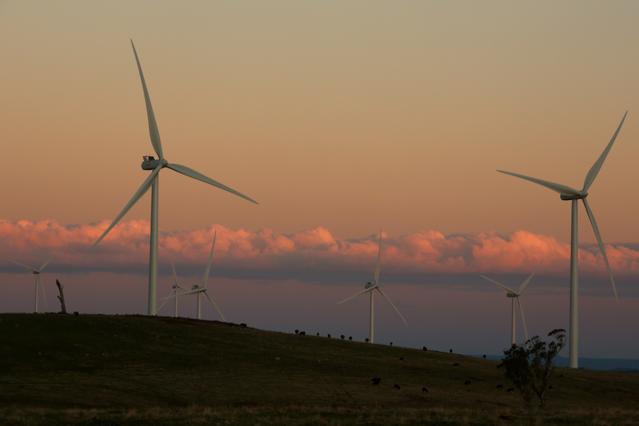 The study finds that onshore wind is now fully cost-competitive with both gas-fired and coal-fired generation, once carbon costs are taken into account, in the UK and Germany. In the UK, onshore wind comes in on average at $85/MWh, compared to $115/MWh for both combined-cycle gas and coal-fired power; in Germany, onshore wind is at $80/MWh, compared to $118/MWh for gas and $106/MWh for coal. “Onshore wind now appears to be cheaper than new coal and gas in the UK, as reform of the EU Emissions Trading Scheme and the UK carbon price floor has raised future price expectations and driven up costs of coal and gas power,” says Seb Henbest, BNEF head of Europe, Middle East and Africa.

And in China, onshore wind is significantly cheaper than gas-fired power, at $77/MWh versus $113/MWh, although still much more expensive than coal-generated electricity, at $44, while solar PV power is also cheaper than gas. In the US, coal and gas are still cheaper, at $65/MWh, against onshore wind at $80/MWh and PV at $107/MWh.