One of the fastest growing but barely covered areas in the sports industry is facility operators’ gradual movement from old fashion metal halide lighting to state-of-the-art LED (Light Emitting Diode) lighting. It was once believed that lighting large venues with LED was an impossibility. In 2015, an estimated 90% of facility operators who installed a new lighting system chose LED .

Sports teams are choosing to make the switch to LED for a variety of reasons, including the immense savings on energy costs. According to LED lighting company Ephesus, facilities that convert from metal halide systems to its product save 75-85% on overall energy costs.

In 2012, the War Memorial Arena in Syracuse, New York (home of the AHL’s Syracuse Crunch) reduced its power usage from 263,000 kilowatts to roughly 32,000 kilowatts by switching to LED. An 87% reduction in energy usage equates to real savings. 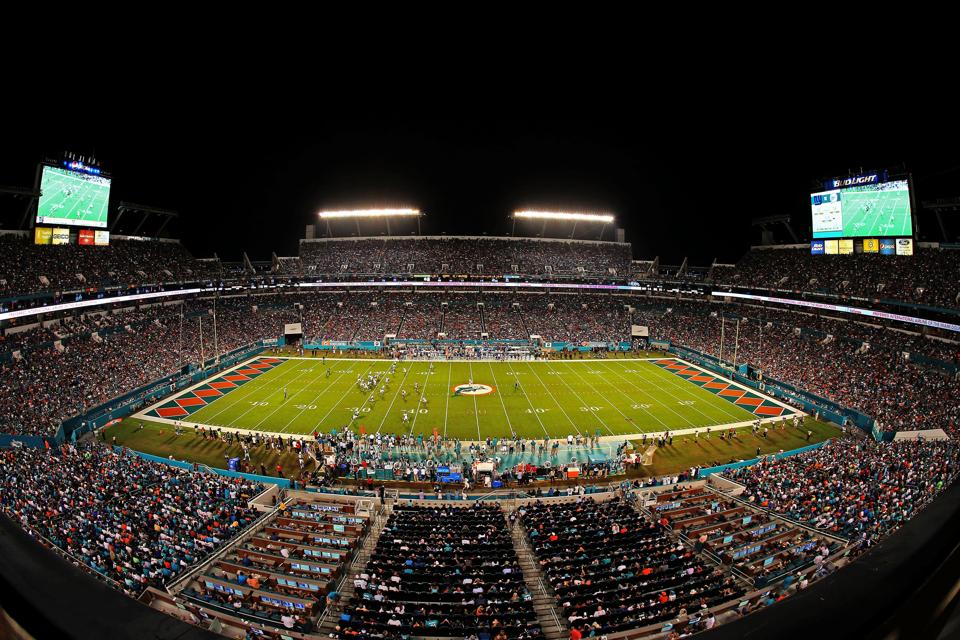 Furthermore, the majority of states within the U.S. have energy rebate programs. A typical rebate is 20-25% of total project for Ephesus customers.

Sports facility operators also enjoy the quality of lighting provided by LED, which practically eliminates shadows, dark spots and hot sports on the playing surface and the glare in the eyes of the players. Additionally, high-definition broadcasters are in love with LED lights, as they provide near perfect lighting and diffuse the need for color-correcting and post-production in the truck.

LED currently lights the University of Phoenix stadium, and the Miami Dolphins will be adding an Ephesus LED lighting system to Sun Life Stadium for 2016. The Minnesota Vikings are building U.S. Bank Stadium with the Ephesus system as well, and 2 other NFL venues are expected to make similar announcements soon. The New Mosaic MOS -3.70% Stadium, home of the Saskatchewan Roughriders, is the first Canadian Football League stadium to purchase an Ephesus LED system.