Although many of the 19 proposed Northeast pipelines will not be built, the added natural gas production and consumption would increase greenhouse gas emissions, exactly what the US is attempting to limit. 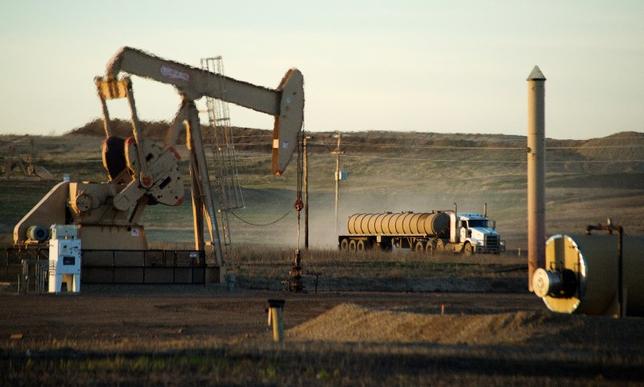 A service truck drives past an oil well in North Dakota, November 2014.

The United States will miss its emission-reduction targets under the Paris climate agreement if 19 pending natural gas pipelines are built across eastern states, a report published on Friday by environmental groups said.

Oil Change International and 11 other organizations found that 19 proposed pipelines due to move natural gas from the shale fields of Pennsylvania, Ohio and West Virginia to states from Louisiana to New York would unlock at least 15.2 billion cubic feet per day of new natural gas production.

This would lock the country into more natural gas-fired electricity rather than renewable energy, and cause the United States to miss a target of cutting greenhouse gas emissions 83 percent from 2005 levels by 2050, the report said.

“Our calculations show that the rise in gas consumption projected by the EIA (Energy Information Administration) would alone lead to emissions that would surpass the current long-term U.S. climate target by 2040,” it added.

Read the rest at Reuters.com