City will remain the largest green-powered city in the U.S.

Stamford, Connecticut, May 22, 2019 – Tradition Energy, announced today that it has advised the City of Dallas, Texas, on the largest green energy transaction since the inception of Texas electricity deregulation.   The new 10-year contract will deliver more than 750 million kilowatt hours of electricity per year to the City with savings of ~$80 million and reduce the energy rate by over 26% compared to the expiring contract.  As a result, the City of Dallas will remain the most populous city in the nation with 100% green power for its operations.

The historic renewable energy purchase also represents the first time a local government of Dallas’ size has committed to a long-term strategy of sourcing 100% of its load from off-site wind and solar farms, including new sites not yet developed, in an attempt to eliminate any electricity purchased from the grid. Initially, the contract supports and draws power from the Foard City Wind Farm in West Texas. Through Tradition’s negotiation, the winning energy supplier has agreed to work with the City on sourcing the City’s volume from new renewable assets that may be developed in North Texas, at no additional charge.

Tradition Energy’s Dallas advisory team conducted a rigorous procurement process among 12 of the top energy providers.  The outcome of several months of contract negotiation resulted in numerous benefits for the City, including:

“This is a great deal for Dallas,” said Errick Thompson, Director of Building Services for the City. “With significant tax revenue reductions looming, it is very important to find opportunities to reduce expenses. Our open and competitive process delivered 10 years of budget certainty and 100% renewable energy at a very market-competitive cost.”

“We are thrilled with this new renewable agreement our Dallas and Stamford teams negotiated on behalf of the City of Dallas,” said Alan Kurzer, CEO, Tradition Energy.  “Not only have we helped the City achieve their sustainability goals and dramatically reduce costs, but this new contract will also provide budget certainty in the highly volatile ERCOT market for many years,” added Michael Ayala, Executive Director, Tradition Energy.

To read the City of Dallas’ announcement click here.

About Tradition Energy
Tradition Energy is the nation’s largest and most experienced independent energy risk management and procurement advisor, serving more than 1,300 commercial, industrial, and governmental clients ranging from Fortune 500 global companies to medium-sized businesses to local municipalities. Tradition Energy is part of the Tradition Group, a leading global institutional broker of financial and commodity products. Tradition employs over 2,300 people in 29 countries around the world and is publicly listed on the Swiss stock exchange (CFT). www.TraditionEnergy.com 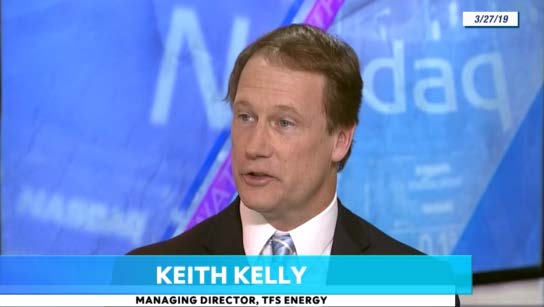